I’ll be doing a donut segment next week on The Morning Show on Global News, so I’ve been testing some festive donut recipes.  I say testing because my gingerbread donuts need a bit of tweaking… Who knew that cooking molasses was a thing, much more aggressive than fancy molasses and in the same container! Be careful!

These donuts however, came out just as I wanted.  I have a go-to chocolate donut recipe that incorporates Guinness and it proved itself as a winner here in a Christmas-y context.  Paired with a bittersweet ganache and crushed candy canes, it’s not too sweet and has a nice minty flavour, not to mention some crunch!

Preheat oven to 425F and grease a donut tin with butter.

In a medium bowl, sift together flour, cocoa, baking powder, baking soda and salt.  Stir with a whisk until uniform and set aside.  In a small bowl, whisk together Guinness, sour cream, egg and vanilla and set aside.

Spoon batter into donut pan until 1/2-3/4 full.  Bake 7-8 minutes until a toothpick comes out clean and allow to cool completely on a wire rack before glazing.

While donuts are cooling, make ganache. In the microwave or on stovetop, bring cream to an almost boil and pour over chopped chocolate in a heatproof bowl.  Let sit for 5 minutes, then whisk together until smooth.  Set aside.

Dip donuts in ganache, wiggling around to cover the sides. Sprinkle on crushed candy canes as desired and allow to set on a rack with aluminum foil underneath to catch drips. 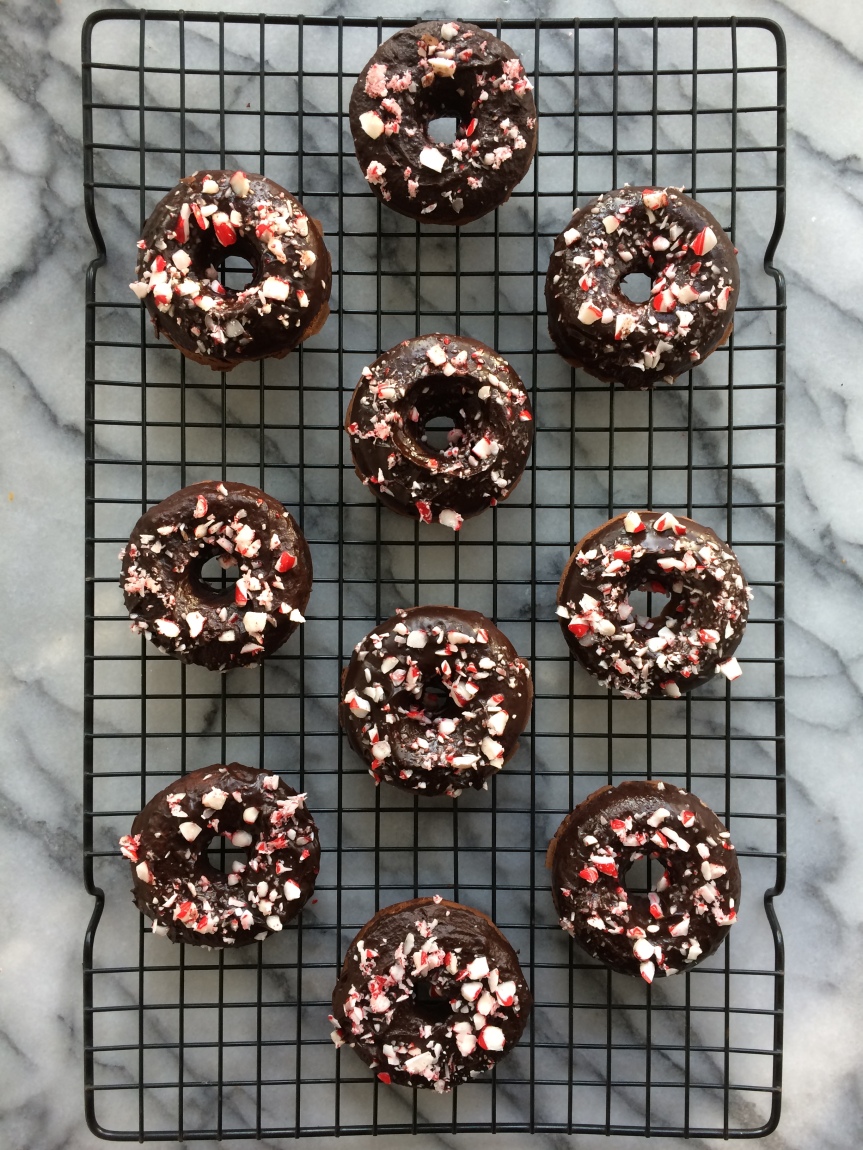 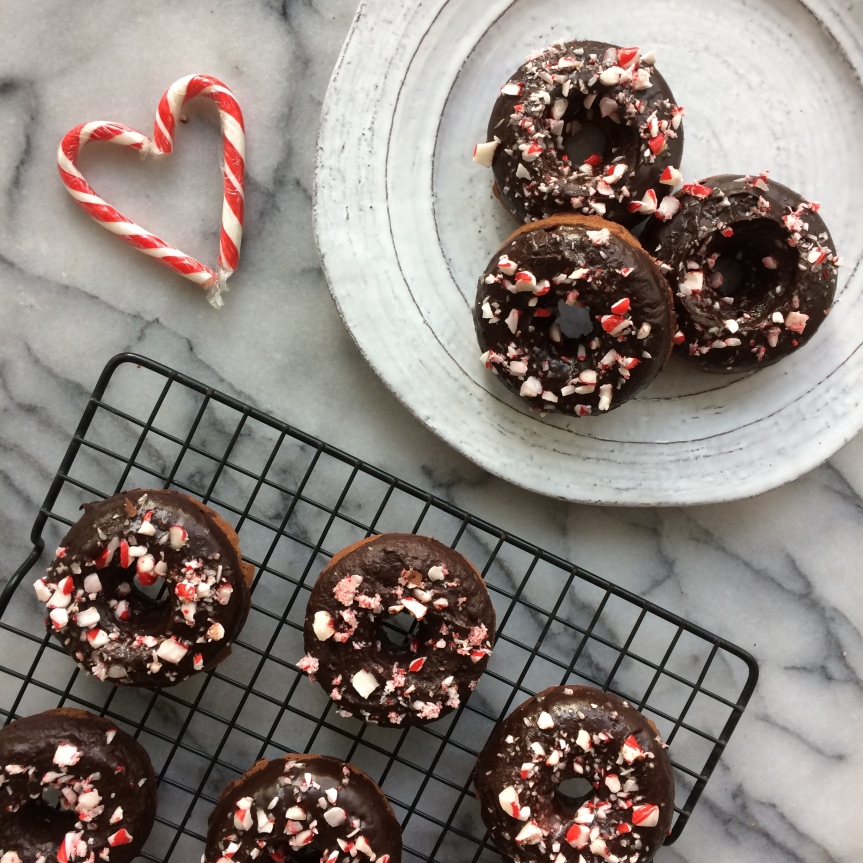 Is there anything better on a weekend? No, there is not. Check the recipe link in bio for these cinnamon buns with cream cheese icing🥰🥰🥰
The first bake to christen our new house🥰 I’m pretty thrilled with how these coconut oat cookies with @valrhonausa DULCEY turned out and love how their golden colour blends with the golden cookie. Made with brown butter obviously, I might toast the coconut next time for additional roasty toasty vibes. Recipe to come soon...
We’re moved in and I spent all afternoon yesterday unpacking the kitchen but it is DONE and I cannot even explain how amazing it is to have real kitchen storage!!! Everything has a place, nothing is tumbling out of cupboards and I am just about ready to bake! A galette like this one might be too much for two but maybe some minis???
In this week of no pans to bake with, I could really go for one of these malted brownies covered in flaky salt👀👀👀
Last year I whipped up a mini naked carrot cake for Easter and it solidified my love for my 6 inch cake pan. This year I’m taking a baking pause because we’re moving!!! Getting through the week with very limited kitchen supplies is proving to be interesting and Pie Guy can’t stop laughing at me🤷🏼‍♀️ Hope everyone is having a lovely Easter🥰🥂🐰
Salty malty caramelized white chocolate blondies! Still insanely delicious the second time around, if not more because I used bigger shards of chocolate this time so they turned into puddle layers instead of disappearing into the dough. Recipe link in bio, don’t sleep on these!
Blood orange ricotta scones - the perfect rainy Sunday treat that comes together WILDLY quick. Recipe link in bio!
Yesterday I had an absolute craving for a good almond croissant, and as always @nadegetoronto delivered😍 Perfectly shattery with sticky caramelized frangipane around the edges, the perfect treat💃🏻
Once again, I found myself with a glass (or two...) of wine on Friday night, feeling like we needed a little something after dinner. Once again, the @cloudykitchen small batch chocolate olive oil cookies saved the evening! Perfectly crinkly, FULL of chocolate, and amped up with a bit of rye flour, it’s honestly my go to small batch treat.
Loading Comments...
Comment
×
<span>%d</span> bloggers like this: