These cookies have a long name but oh boy they deserve it.  Believe it or not, I had never browned butter before, but I think this recipe convinced me that it is the way to make a cookie.  It adds a depth of flavour that along with sea salt, totally makes a cookie.  You NEED to try it at least once.

And the Nutella in there helps too.

In terms of assembly, the folding of the dough over Nutella can be a trick, but I find if you split your dough piece in half and carefully sandwich it around the Nutella, it’s easy and you’re less likely to have it seeping out of dough cracks.

To brown your butter, melt over medium heat.  After melting, allow the butter to bubble and foam, stirring frequently until it begins browning on the bottom.  Continue cooking and stirring until the butter is a dark golden brown and gives off a nutty smell.  Carefully pour into a heat proof bowl and allow to cool slightly.

Once cool, mix butter and sugars until combined.  Add egg, yolk and vanilla and stir until the mixture has lightened slightly, about 1-2 minutes.

In a separate bowl, stir together flour, baking soda and sea salt and slowly add to wet ingredients, mixing until combined.  Stir in chocolate chips.

Chill dough in freezer for 30 minutes.  Once chilled, take 1.5-2 tbsp of dough and 1 tsp of chilled Nutella for each cookie.  Flatten each portion of dough with your palm (I did this on a small plate), dollop on the Nutella, and carefully fold the dough around the Nutella until it’s sealed inside the dough, then flatten ever so slightly on the top.  As mentioned earlier, you can also divide the dough portion in two, flatten each and sandwich the Nutella between each piece, sealing the edges with your fingers.

Preheat oven to 350 and bake cookies for 10 minutes, until bottom edges are starting to brown but the centre is still SLIGHTLY underdone.  Allow to cool on the sheet for 1-2 minutes, sprinkle with sea salt, then allow to cool on a wire rack normally. 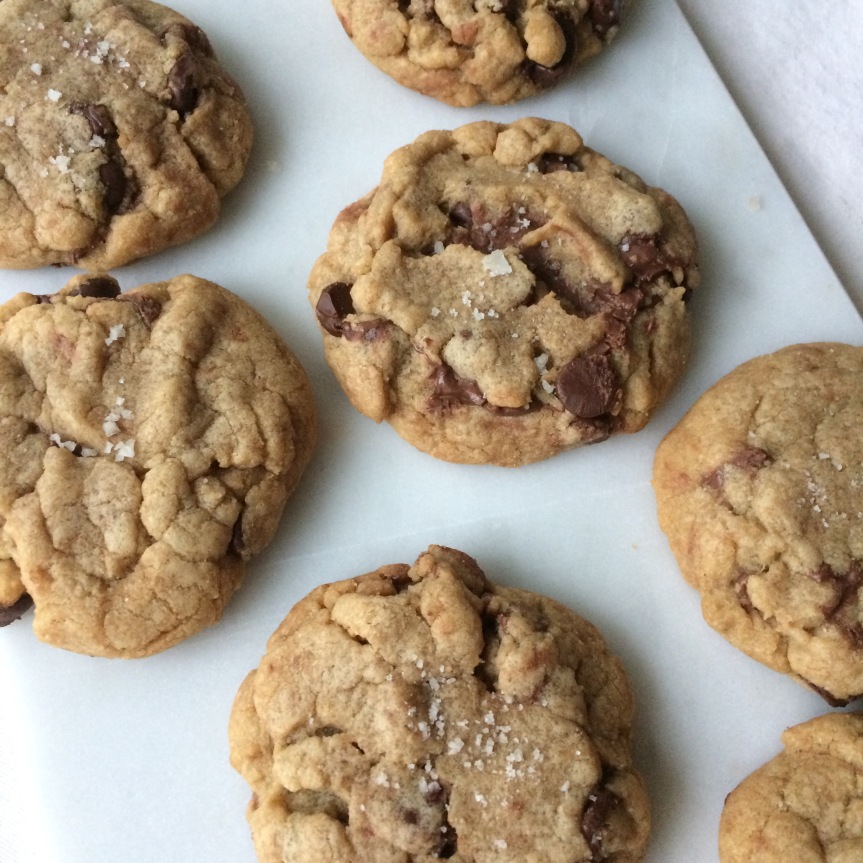 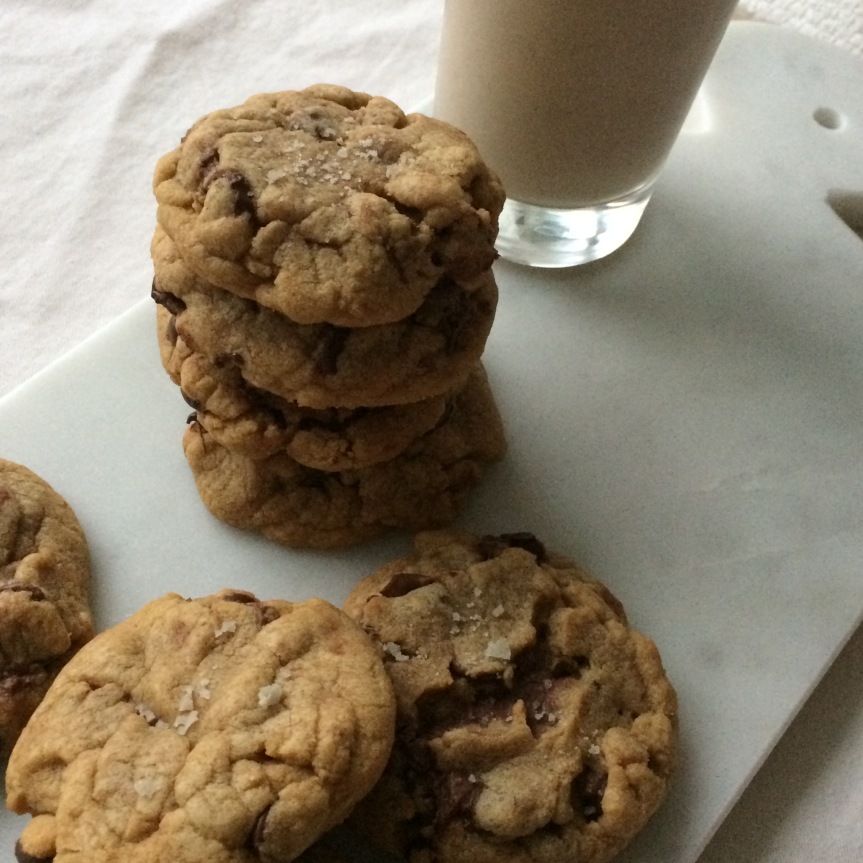 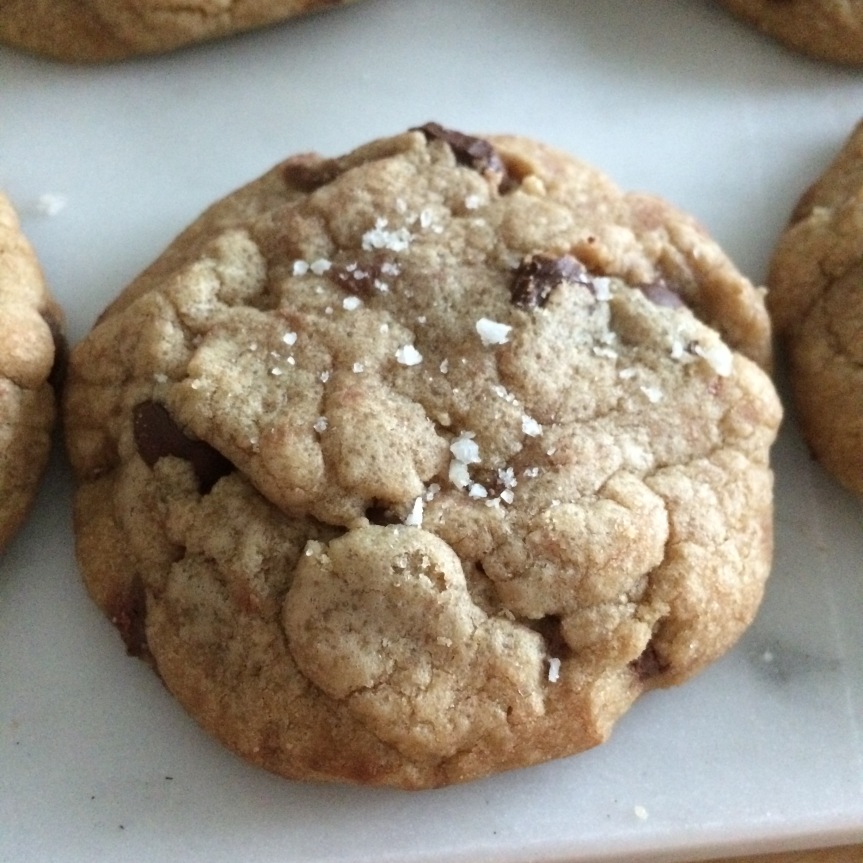